Pixel went to the vet for her X-ray today and she’s going to have seven kittens. She’s a fertile turtle! (Turtles… there’s a theme).

Maximus, the father, was very pleased with his part in this accomplishment and looks forward to the next time. At least, I think so. I was throwing a toy and he was fetching it so it was hard to tell. 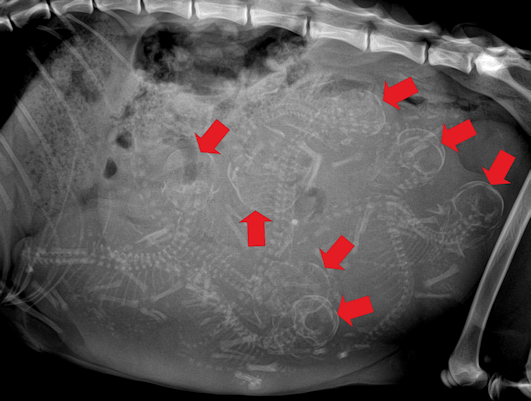 Permanent link to this article: http://atlastcats.com/fertile-turtle/