Buster goes out with a bang

Pixel’s kittens have gone to their new homes and we can stop, take a breath, and… update the website.

First of all, we’ve been remiss in introducing you to our new boy, Clyde! He came to us from Mainelyclassic Maine Coons in North Carolina, and we’re so thankful and happy to have him! 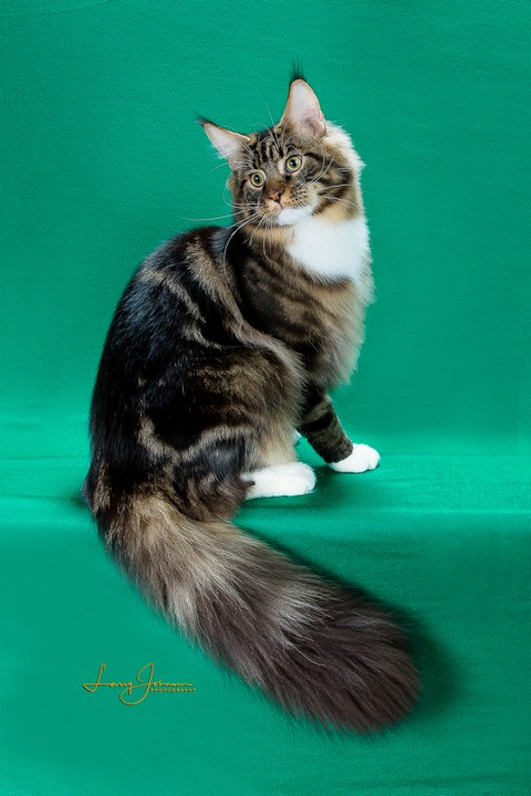 Clyde is short for “Clydesdale” because he has such big paws. He has had a clean genetic test and heart echo, so as soon as a girl is willing, he’s ready to make some babies! He’s replacing Buster, who is retiring and is recovering well from his neuter. (Before you ask, we’re keeping Buster as a pet). 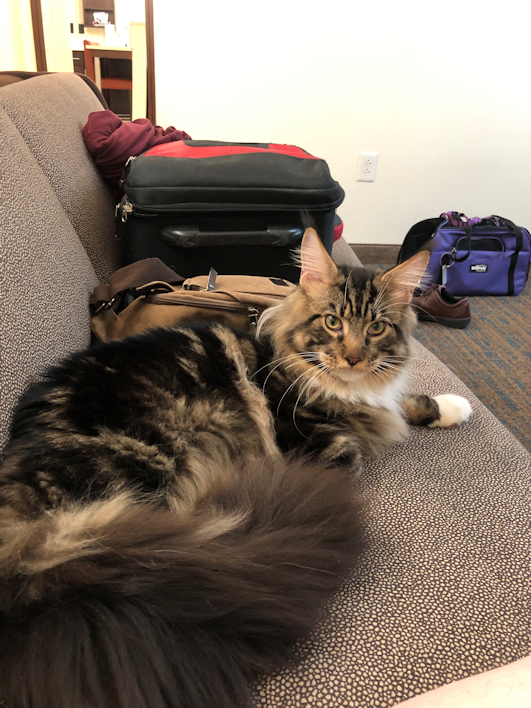 Ready for his first airplane ride.

He’s been to one cat show so far and he made finals in most of his rings. He’s already a Quadruple Grand Champion! 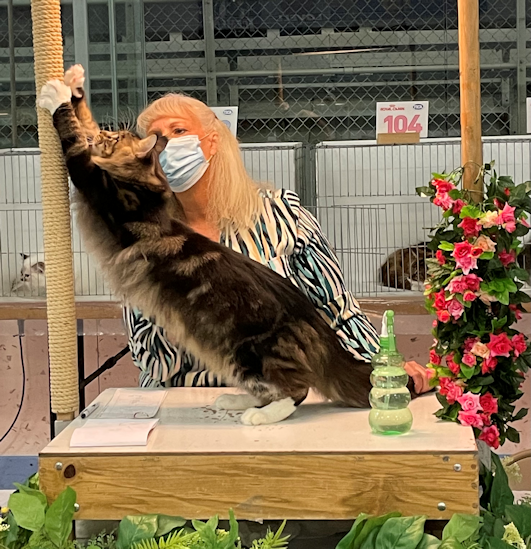 Being good for the judges!

Besides being an awesome-looking cat, Clyde is just plain lovable. He would happily sit on your lap and get belly and head rubs 24/7. 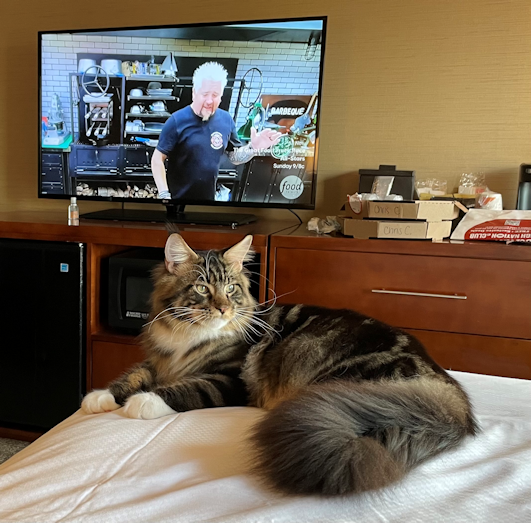 After the cat show, Clyde does not want to go to Flavortown while at the hotel.

Permanent link to this article: http://atlastcats.com/hello-clyde/