Getting some beauty sleep.

Flash  Gordon passed away in his sleep last night.   He would have been thirteen years old next week. He and his brother Fargo (who is still with us) were the founding patriarchs of our cattery.  More than that, he was a big lump of love and ever-present companion, always ready to for some lap time. Whether he needed the lap time or we needed the lap time was a matter of opinion.

Flash’s career a show cat was brief. He was gentle in the benching area, but he knew something was up when he was carried up to the judges and he did NOT like it.  Even though he didn’t make it to many shows, his red silver coat quickly earned him the nickname, “the pink cat.”

Flash and Gizmo (also still with us) are the parents of Noreaster, our first Quadruple Grand Champion.

He left us with a lot of funny stories. One of our favorites was the time he was supposed to have a romantic interlude with one of our girls. She happened to be almost as long as him, so try he might (for 45 minutes!) he couldn’t get the right angle. Finally, he backed up about three feet, took a running jump, and hit his mark. Clever boy. Maybe 45 minutes late being clever, but still clever.

Although he slowed down in the past few years, Flash handled the ongoing influx of cats and kittens with patience. When people came to visit the cattery he was always right there to greet them and look impressive.  He was always friendly with anyone who came to the house and showed them how sweet “gentle giant” could be. 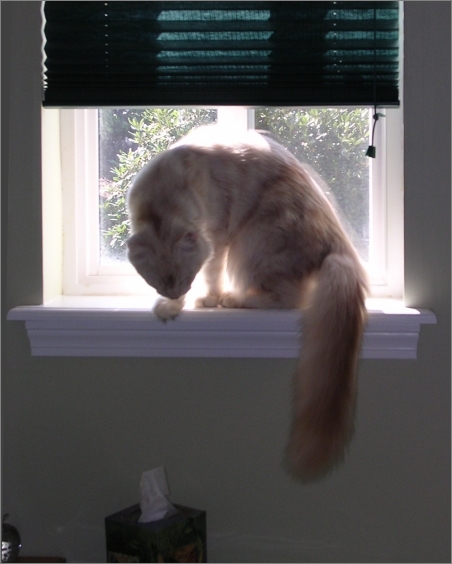 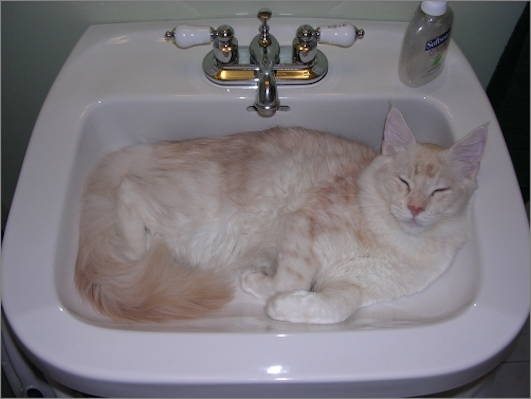 Back when he could fit in a sink. 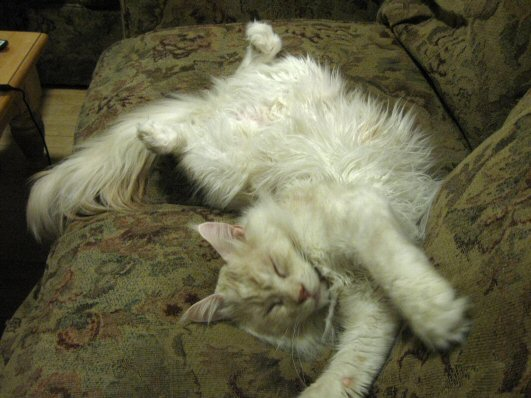 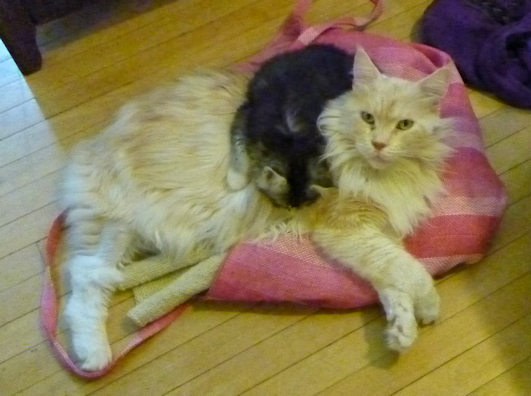 He was also useful as a kitten pillow. 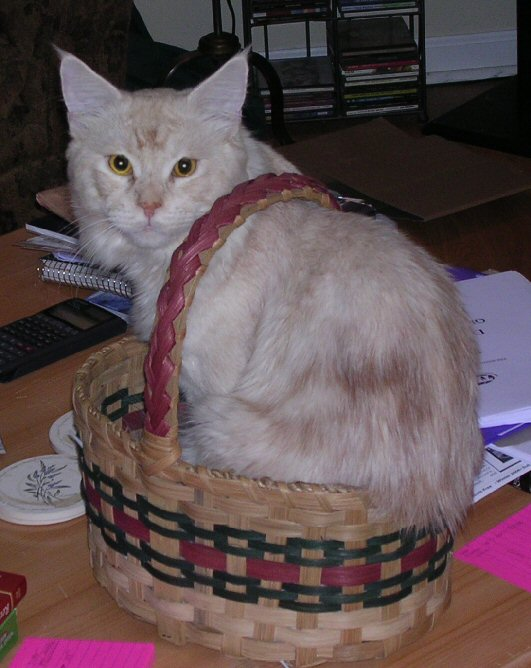 He never met a basket or box he didn’t like. 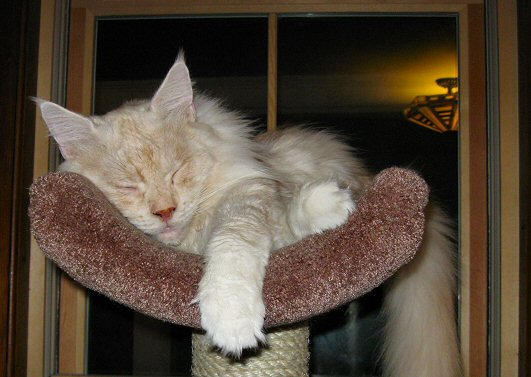 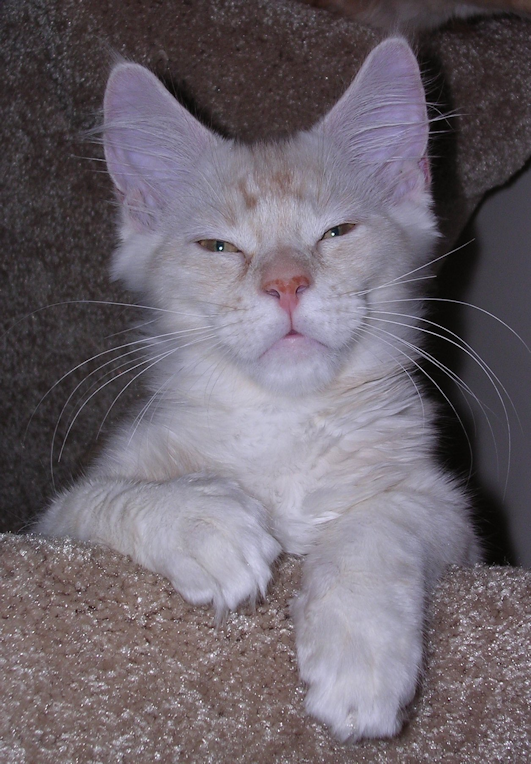 He was a confident kitten.

Permanent link to this article: https://atlastcats.com/goodbye-flash/