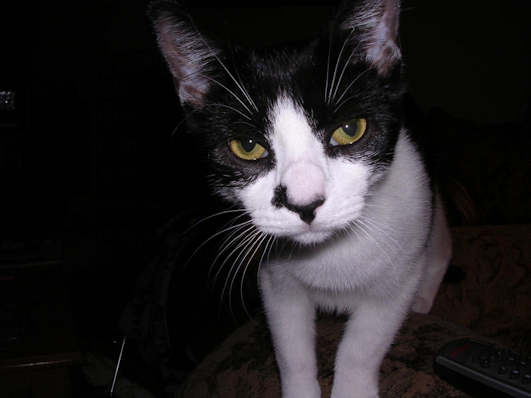 Yesterday we said goodbye to our 17 year old Hemi, a black and white shorthair cat. She came to us in early 2005 as a kitten from a rescue when we still lived in Connecticut. She preceded our cattery and our first two Maine Coons, Fargo and Flash. She was the exercise enforcer for the early period of her life, ensuring all the cats and kittens got plenty of exercise running around the condo. She was initially scared of men, even Chris. By the time she was 10 she finally became comfortable with him. We assumed she had been abused before we got her.

In her second decade she developed arthritis in her spine and began to slow down. Last summer she was diagnosed with kidney failure and not long after a growth, probably cancer, was found in her lungs. At that time we were told she had at best a few months to live. We were lucky to have another 9 months with her. This past weekend she started to have problems breathing, so it is likely the lung tumor had grown. She was a love to the end, even purring when it was hard for her to do so. Her passing is so very hard for us and she is missed.

In the last two pictures she is looking at the sheep on our lawn that escaped from their pen across the street. 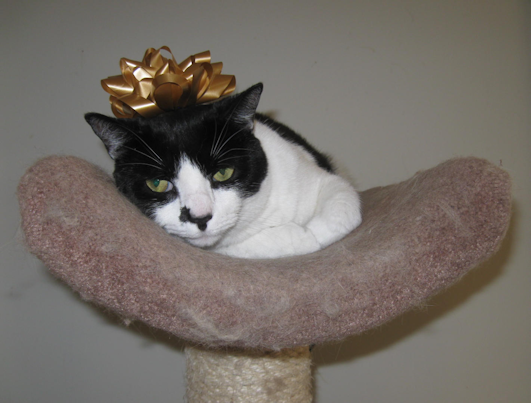 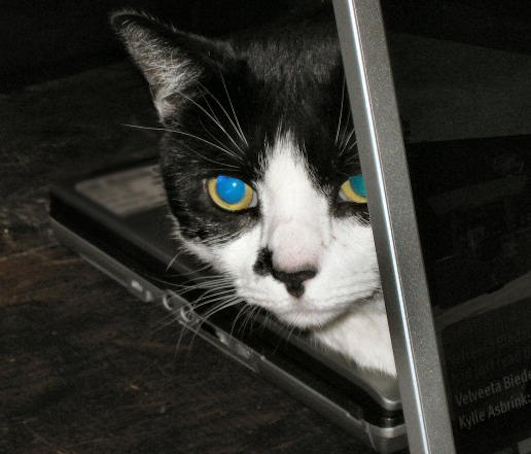 This laptop is nice and warm. You didn’t need it for anything, did you? 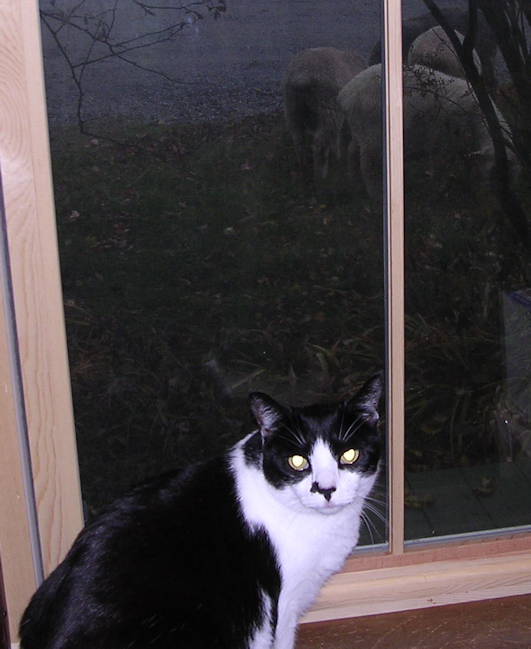 Are those sheep in the front porch? 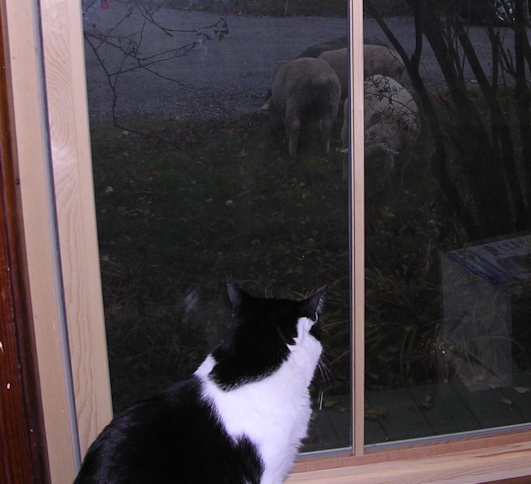 Are they goof for eating?

Permanent link to this article: https://atlastcats.com/goodbye-hemi/