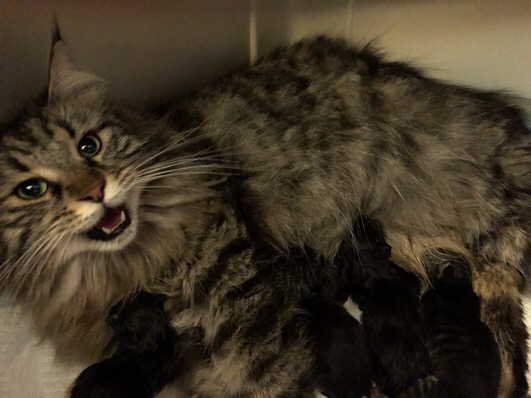 These are my kittens!

Nikki gave birth to five plump kittens this morning, starting around 3:00AM (of course). Delivery took about an hour, with a MTBK (Mean Time Between Kittens) of ten minutes. Her great-grandmother, Nutmeg, was also known for popping out kittens quickly, earning the nickname “Machine-Gun Megs.”

The kittens are hungry and squirmy, and Nikki is taking great care of them.

Permanent link to this article: http://atlastcats.com/wakey-wakey/

We just got the news that Frida is the TICA Northeast Region’s 2019 Best Brown (Black) ClassicTorbie/White Maine Coon of the Year! In another few weeks she’ll make an appearance at the TICA regional show. Hopefully she’ll make a few more finals and move up from Double Grand Champion to Triple or even Quad. Fingers crossed! 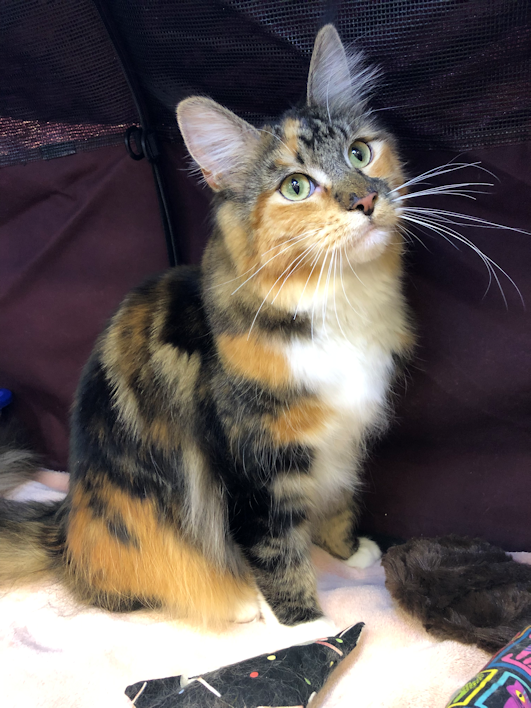 Permanent link to this article: http://atlastcats.com/yay-frida/

Tribble is pregnant by Max, and she is expected to give birth around July 28th. Lola is pregnant by Buster and is due around August 1st. We’ll post more information about how many kittens we’re expecting when we get closer to the dates and can get X-rays. 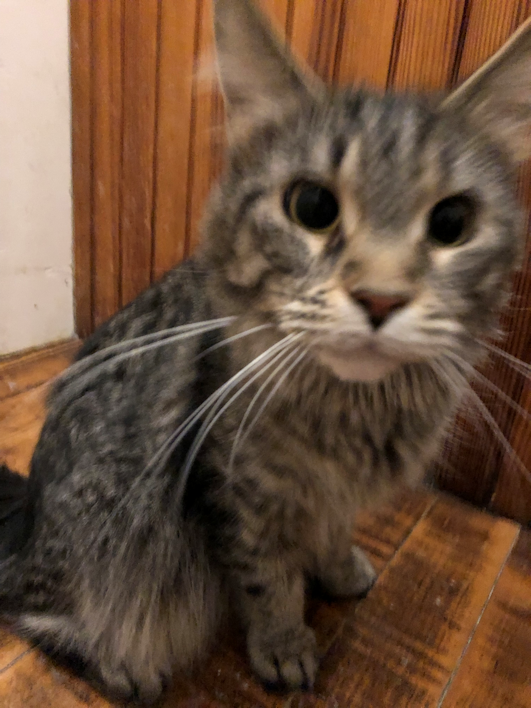 Tribble: What do you mean by “Stay still for the camera?” 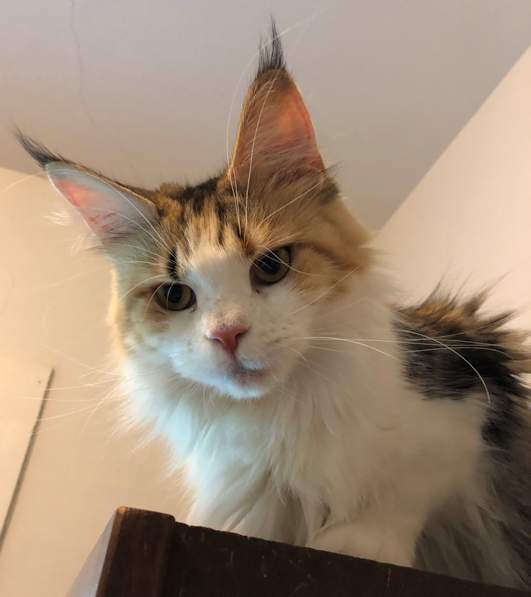 Lola: I’m going to get up here while I still can.

Permanent link to this article: http://atlastcats.com/coming-attractions/

We took Nikki for her x-ray today and it looks like she and Buster will have at least five kittens on or around June 25th! We’re counting at least five spines, anyway!

Update: Four kittens have been reserved. 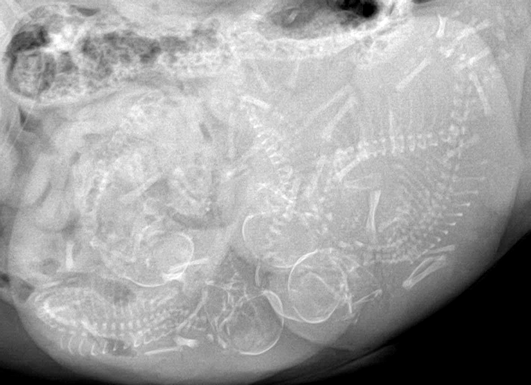 Permanent link to this article: http://atlastcats.com/at-least-five/

We took Nikki, Frida, Pixel, and Sara to the cardiologist for their annual cardiac ultrasounds and all of them were cleared for breeding. This was their first time (except for Nikki, was her third) but they all tolerated it like champs! Sara, in particular, has been very eager to go on a date with Max so we’ll have to arrange that the next time she’s ready! 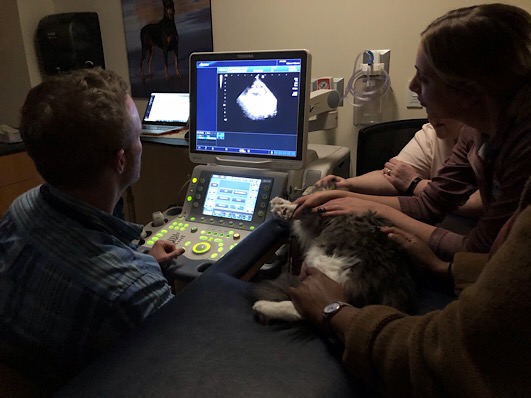 Permanent link to this article: http://atlastcats.com/good-hearts/

When Nikki lies down and plops her belly out to the side, it doesn’t take a genius to figure out that she’s definitely pregnant. Shes due in a few weeks and we’ll get an x-ray taken soon so we know how many kittens to expect.

Nikki will be very happy to give birth, if only so she doesn’t have to ensure us saying things like, “Hows my belleh girl? How’s my girl with the big belleh? Do you have a big belleh full of kittens? Yes you do! Yes you do!” while we pet her.

Were we weird before cats, or did cats make us weird? 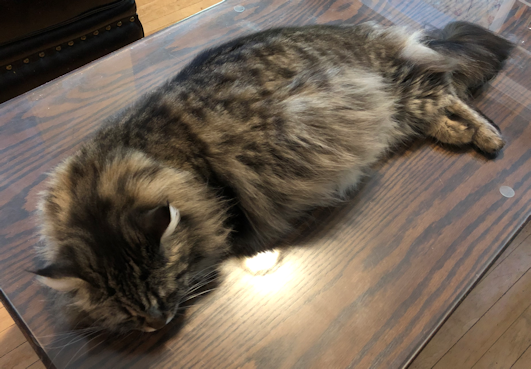 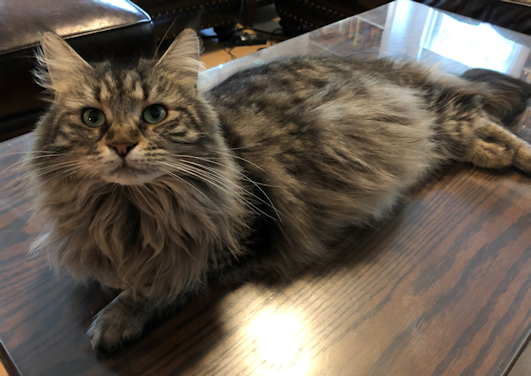 Permanent link to this article: http://atlastcats.com/big-belleh-full-of-kittens/

Fargo passed away today at the age of fourteen. He and his brother Flash (who passed last year) were our first show cats and the founding fathers of our cattery.

We got Fargo as a pet but decided to try showing him on a whim. He enjoyed it so much and did so well (a Triple Grand Champion) that he jump-started this crazy cat breeding journey. As a show cat he just enjoyed hanging out in his benching area and looking regal for the spectators. We lost count of the times a kid would exclaim, “He looks just like a lion!”

As a pet Fargo has been a devoted companion and lap cat. He slowed down in the past few years  but that didn’t stop him from from expressing his affection by kneading our chests if we were having a bad day (or a good day, he wasn’t picky). 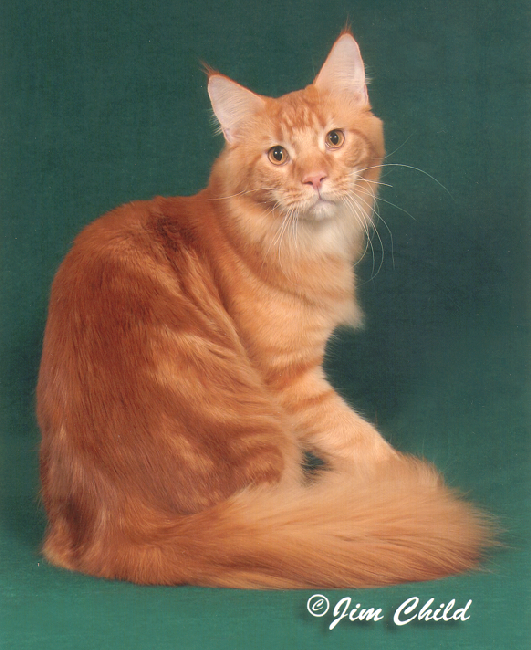 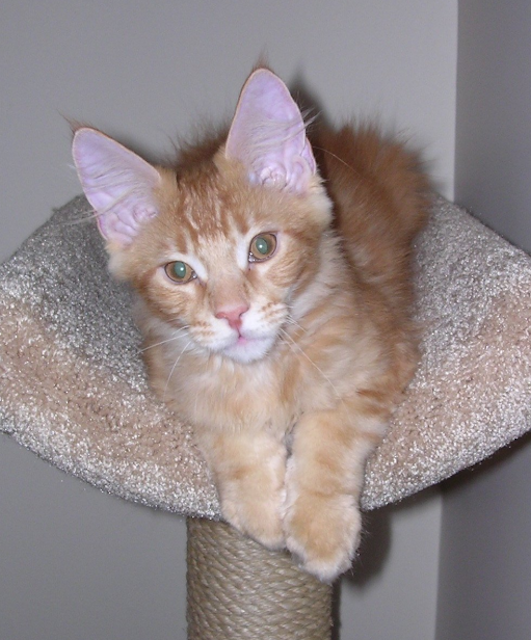 When he was a kitten 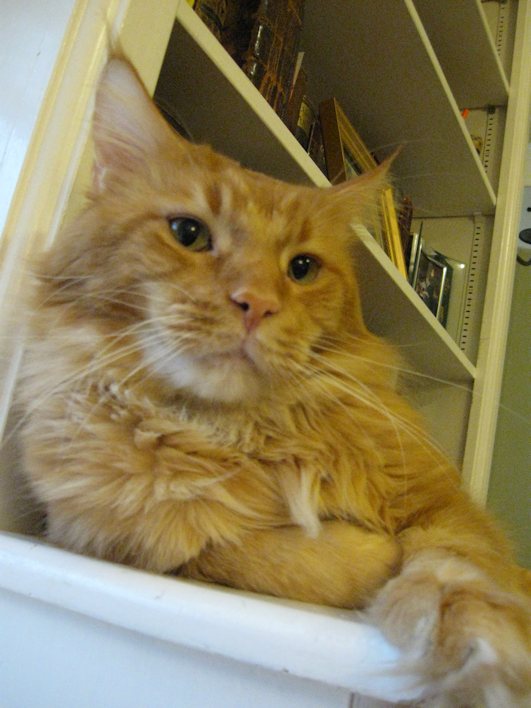 Permanent link to this article: http://atlastcats.com/goodbye-fargo/

Max is a getting to be a big boy! He’s not even a year old and he’s a very solid 18 pounds. He had his first date with Tribble the other day and we’ll know in a few weeks if he’ll be a father. Fingers crossed! 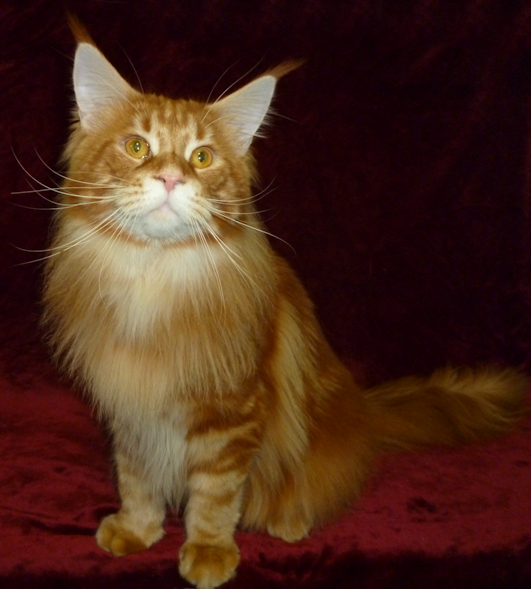 Permanent link to this article: http://atlastcats.com/big-boy/

The nipple doesn’t lie! Darling Nikki and Buster had a romantic interlude a couple of weeks ago and her nipples are a lovely pink, which means she is pregnant. She’s also showing other signs (she’s extra-lovey, she’s starting lay down with her belly off to the side) so we’er ready to start taking kitten applications again.

Nikki  is due to give birth on or around June 25th. We will start taking deposits about two weeks before the due date and will post an x-ray  around then to show how many kittens we expect. 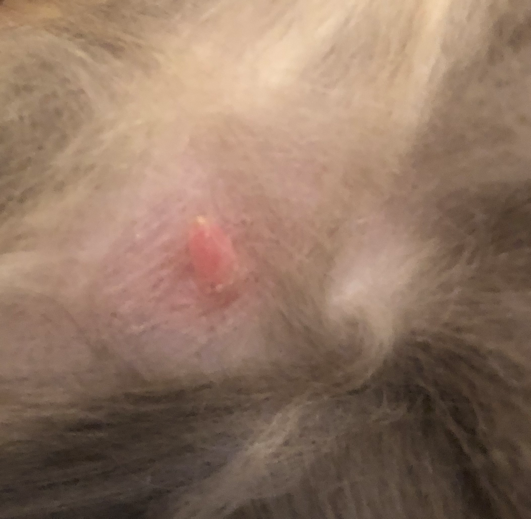 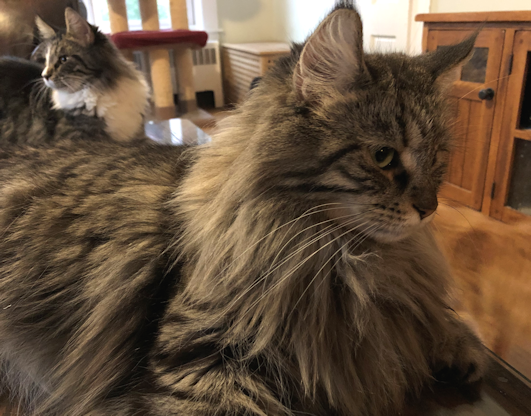 The waiting is the hardest part.

Permanent link to this article: http://atlastcats.com/showing-a-little-nipple/ 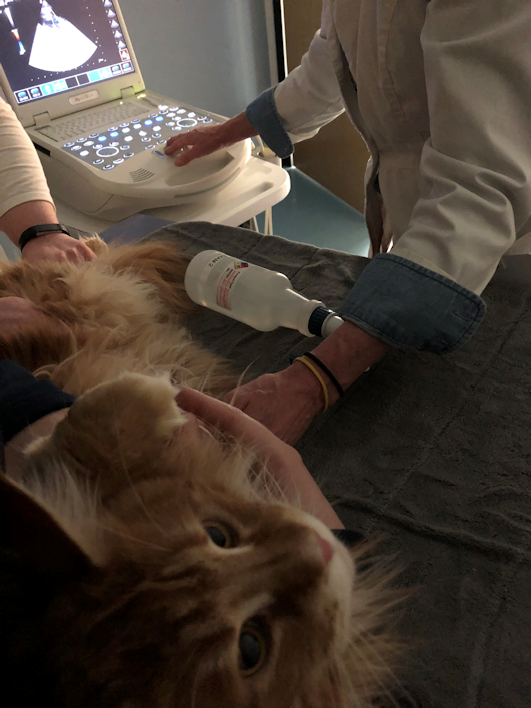 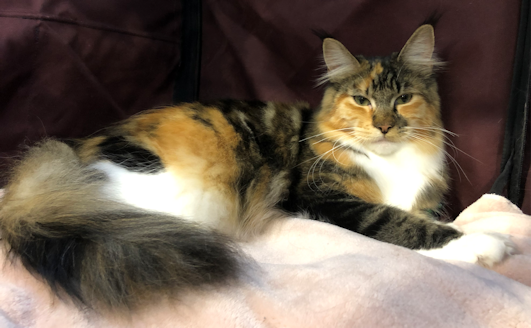